Language classes in Dubai – what should kids learn?

Homepage - blog - Language classes in Dubai - what should kids learn?

Taking language classes in Dubai can be wildly beneficial for children’s development and it’s a real investment in their future. Proficiency in a second, or even third, language opens doors left, right and centre, and young language learners of today are assured of academic and career success.

Here in Dubai we live in a true multicultural melting pot, yet often we stick in our own ‘bubbles’ and miss out on amazing cultural learning. But if you take the time to expose your children to other languages they get a much deeper insight into different cultures, people, and points of view. They become global citizens, adept at communication, critical thinking and collaboration.

But with so many languages to choose from, which is the best for your child?

Dubai is one of the great hubs of the Arab world, so this is your perfect opportunity to learn the language of your host country. In addition to the UAE, Arabic is spoken in more than twenty other countries and by an estimated 300 million people, making it one of the truly global languages. Children learning Arabic today will open up a vast array of opportunities tomorrow, particularly when you consider that relatively few people speak the language in the west. What’s more, your kids will gain a much deeper insight into Arab culture. If they’re a fan of Aladdin, Ali Baba and Sindbad the Sailor, imagine reading the many stories in The One Thousand and One Nights in their original versions!

English doesn’t need much of an introduction, and is without doubt the world’s lingua franca. It’s the official language of 57 countries and at least one out of 5 people can speak or understand English. It is the language used in everything from business and science through to aviation and technology. By mastering English, your child will increase their chances to get a place at their desired university, to land that dream job and to flourish in their future career.

French is a true world language. It’s the second most widely-learned foreign language after English, and the fifth most widely-spoken language in the world. French is also the only language, alongside English, that is taught in every country in the world. The ability to speak French is an advantage on the international job market. It is one of the official languages of the UN, the EU, NATO and the Red Cross. French is also the undisputed international language of cooking, fashion, theatre, the visual arts, dance and architecture.

More than 1.2 billion people speak Chinese. So, if you’re thinking about teaching your child a second language, why not make it the language that’s the most spoken in the world. China is now a powerful force in the business world, and its economy is the fastest growing in the world. The opportunities are immense, yet to take advantage of these it is vital to speak their language. Chinese skills are scarce in most companies, even for those doing a lot of business with the country. So, by having this language ability on the CV, it will automatically boost the future employability of your child.

The choice is yours

Taking language classes in Dubai can only have a positive effect. Whichever you pick, Neoversity has a range of classes led by experienced native-speaking tutors. These are all held at its learning center in Al Furjan. Find out more about our language classes. 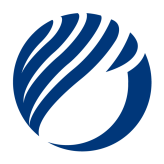 Why should children learn about Artificial Intelligence?

The answer to this question is simple. Children should learn...

This year has been like none other and for those...